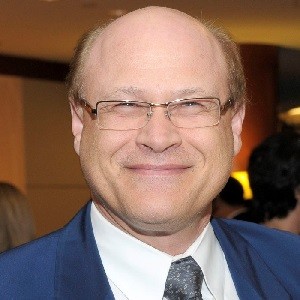 Dr. Falcone received his medical degree from McGill University School of Medicine in Montreal, Quebec, Canada. While at McGill, he went on to complete a residency in obstetrics and gynecology and a fellowship in reproductive endocrinology.

Dr. Falcone was appointed Chair of the department of obstetrics & Gynecology in 2001 and subsequently Chair of the Women’s health institute in 2008 to 2018. He was a member of the board of governors of Cleveland Clinic between 2006-2013, member of the Executive Team(ET) from  2007-2010. He served as Vice Chairman of Professional Staff Affairs, Cleveland Clinic from 2007-2014.

He has served on the editorial board of several journals, including Associate Editor of Fertility & Sterility and the Editorial Board of the Obstetrics &Gynecology (Green journal). He is presently editor-in-chief of JMIG. He is past President of the Society for Reproductive Surgeons (SRS) and Past Chair of the Endometriosis special interest group of the ASRM. He is Vice President of the International Society for Fertility Preservation (ISFP). He has served on review committees for NICHD and MRC. Dr. Falcone has been the recipient of many awards for laparoscopic and robotic surgery at different societies. He was a senior author on the first publication on gynecologic robot surgery and a member of the team that performed the first uterus transplant in the USA.

Dr. Falcone has published more than 500 original manuscripts, abstracts, and book chapters. He is co-editor of 8 books including a textbook on Clinical Reproductive Medicine and Surgery (Springer third edition 2017); Operative Techniques in Gynecologic Surgery (Wolters Kluwer 2017)

Beware of unsolicited websites and companies. Only the official Arab Health registration forms can confirm your participation at the show. The list of official suppliers can be seen here.

Whether in person or online we enable deeper learning, relationships and decisions.
Staging 15 exhibitions, 110 conferences and reaching over 700,000 healthcare professionals we are where the world of healthcare meets.