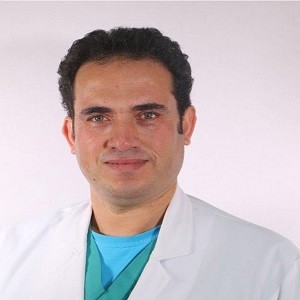 Associated professor in Radiology at the United Arab Emirates University

Dr Alkoteesh has performed more the 20000 interventional radiology procedures in the UAE during the last 10 years including TIPS procedure in 4y old child;IVC Filter in 7y old ; 25 Acute stroke interventions and 400 UFE procedures; and also he has more than 40 publications under his belt. He has been invited as an expert IR speaker in more than 50 national and international conferences.

Dr. Alkoteesh served as the chief of Interventional Radiology at Sheikh Khalifa Medical city between 2007-2010 where he also established and managed the Radiology Residency Program. He set up the residency program in 2009 and took the challenge to train the UAE junior doctors to become the Radiologists of the future.

Dr Alkoteesh was appointed in 2013-2014 by SEHA as the Regional Chairman of Clinical Imaging department of Both Tawam and Alain Hospitals to lead the Radiology integration in the Eastern region of Abu Dhabi Emirates.

He has been editorial board members and reviewer of Cardio-Vascular and Interventional Radiology (CVIR)  Journal (CIRSE's official journal) since 2013 and a Member of editorial advisory board for AuntMinnie Middle East since 2014.

Dr Alkoteesh has built one of the best Interventional Radiology unite in the Middle East and managed to win the following prizes:

1-Winner of Arab Health Award for Excellence in IR/ Imaging and diagnostics 2012.