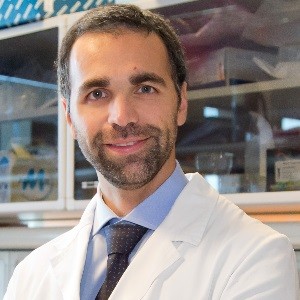 Dr Maddaloni is a consultant endocrinologist at Campus Bio-Medico University of Rome, Italy, were he graduated in Medicine in 2010 and completed his clinical fellowship in Endocrinology and Metabolic Disorders in 2016. In 2014, he moved to Boston for a Post-Doctoral Research Fellowship at the Vascular Cell Biology Section of the Joslin Diabetes Center (Harvard Medical School) focusing on the study of aging adults with autoimmune diabetes and the interplay between vascular complications, bone health and autoimmunity. As a Mentee of the “European Foundation for the Study of Diabetes (EFSD) Future Leaders Mentorship Programme”, Dr Maddaloni has joined since 2017 the Diabetes Trial Unit of the University of Oxford, Oxford Centre for Diabetes Endocrinology and Metabolism (OCDEM) where he is actually pursuing his studies in clinical diabetes and cardiovascular outcomes.

Dr Maddaloni has acted as study investigator and coordinator in several national and international clinical trials and has published as leading author in several top-rankedpeer-reviewed international medical journals.  His scientific achievements have been recognized with several awards, including the 2015 Albert Renold fellowship” of the European Foundation for the Study of Diabetes, the 2017 Young Investigator Award of the Italian Society of Endocrinology (SIE) and the 2017 Early Investigator Award of the Endocrine Society, USA”.