The Retina: Navigating the way to trustworthy healthcare 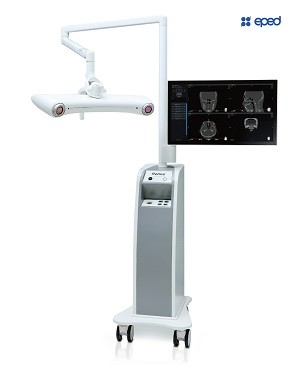 EPED Inc. is committed to becoming the leader in the field of minimally invasive surgery.
This year, we bring all the way to Dubai our Retina, the Navigation System many doctors in several countries like Greece and Malaysia are turning to.

The application of Navigation Systems like the Retina have closed the gap that made doctors struggle when translating the information from CT and MRI into field work on an actual patient made of flesh and bone.

Nowadays, the Retina allows the fusion of computer-generated images and data from MRI and scans with realistic images that let doctors to “go inside of the human body” to have a better perspective of inner wounds, sensitive tissue, internal organs and more, while performing simple Minimally Invasive Surgeries (MIS), without having to cut open a body.

Since its development, the Retina Navigation System has spent countless hours in the Operation Room under the evaluation of recognized surgeons from Taiwan that teamed up with EPED’s R&D to architect an effective, precise, accurate, and user-friendly system.

From Neurosurgery to Craniofacial, E.N.T., Plastic Surgery, Oral and Maxillofacial surgeries and many other types of MIS, the versatile and highly compatible system of Retina has been paired not only with every other instrument already existing in the OR, but also with AR smart glasses, that bring to their eyes every single detail of the interior of their patients on their way to the targeted zone.

The Retina System, that allows the highlighting of tumors, coloring of nerves, and path drawing for better access during surgery, displays then not only the real image of the patient but also all the warnings, paths, and measurements required to convey a successful and short-timed surgery.

The last year 2019 was a great year for the Retina. EPED Inc., not only introduced the system to seven different countries in less than 52 weeks, but also found its Navigation System listed as one of the Global Optical Navigation Systems’ Major Players in the rank published by Global Market.