Hitachi’s plan to both liberate and curate healthcare data

Traditional healthcare is, says Nick Scholes, e-health business development manager at Hitachi, very much siloed in terms of the way it manages clinical and patient information. With the rise of interconnected devices and the ‘internet of things’ industires are now generating more and more data that can be used to drive deep insights into operational efficiency. In this respect, healthcare is no different. Hospitals and health systems now have the opportunity to access data that can help them treat patients and move them through the healthcare continuum in a more efficient way, allowing them to better manage resources, improve patient outcomes and control rising healthcare costs.

Citing the ‘fitbit’ on his wrist, Scholes argues that the data it generates ought to be part of his medical record. Indeed, diabetics checking their blood sugar levels at regular intervals he said, should also have that data included as part of their patient record in order to provide caregivers with a single, unified view of a patient. However, at the moment he says, it is very difficult to pull all that information together – a key challenge in the Middle East and elsewhere. 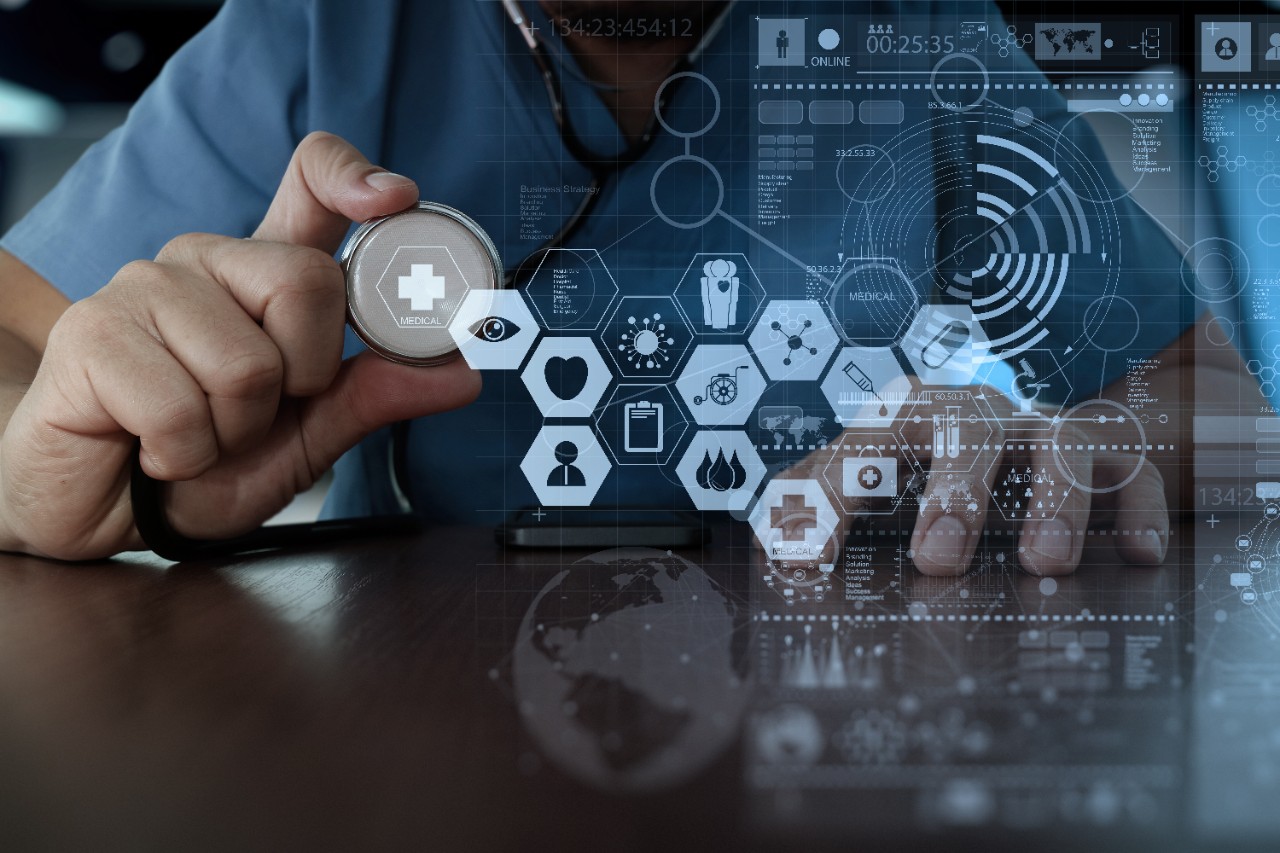 Overcoming this challenge of drawing patient data together would, Scholes argues, have a number of benefits. From an IT perspective, it would reduce a great deal of “cost and complexity,” giving clinicians the ability to have a more patient centric view when delivering care. Calling up a patient’s record would allow them to see all the relevant data for a patient whereas, at the moment, in the majority of cases, physicians only have access to the health data stored in their hospital’s system. This results in a great deal of waste where patients are often subjected to repeats of tests they have already undergone at other facilities due to a lack of data sharing. Indeed, this is commonly cited as being a key driver in the rising cost of healthcare in the Middle East. Scholes likens a unified system to what other industries such as retail describe as the ‘customer 360’. He cites the example of phoning the bank where the phone representative has access to all of his financial information if needed - “that should be the same in healthcare. When I see my dotor I expect them to know everything about me.”

Rather than relying on the patient to understand the changes in their condition since their last visit, Scholes forsees a time where the patient’s data has not only been collected through connected devices, but that the data has been sifted through, analysed and presented to the physician in a more easily digestible form. Hitachi’s system, explains Scholes, highlights potential red flags and shows trend in the data to aid physicians in understanding a patient’s condition. This back-end analysis, explains Scholes, in addition to identifying ‘red flags’ and spot trends, gives health systems the means to look at developing new kinds of treatment and patient pathways by pooling anonymised data to get particular data relating to specific conditions such as obeisity and heart disease to gain new insights into them.

At lower levels, this kind of backend system means that hospitals, individual departments and individual doctors can build dashboards that track key metrics and analyse “how they are operating, where delays are happening, where patients are spending the most time waiting… and am I using my clinicians in the most efficient way?” Further, equipment tracking in a hospital setting becomes a lot more accurate and detailed, with managers being able to get a much clearer picture of where and how equipment is being used in order to better allocate resources.

While all of the uses and benefits of such integrated systems appear to be of extreme value to healthcare providers, there is a often a large gulf between the promises they make and the reality on the ground. Like all large organisations, hospitals can be quite stubborn in the face of change. Moreover, suddenly providing caregivers with a torrent of data, it could be argued, may even be counterproductive as they struggle to leverage it effectively. Physicians who have been trained and worked in one particular way may have trouble making sense of an avalanche of new data, let alone using it to inform and improve their care. Fulfilling the promise of such systems is not simply a matter of installing them, it involves a process of training to make sure that caregivers understand how to understand and use it. Without that process, it may – at best – end up ignored and could potentially have a negative impact on care quality as staff become overwhelmed.

However, Scholes explains that the key to the success of integrated data systems is working in partnership with clinicians to guide them on how best to access the data they need. Physicians generally know exactly what data they wish to access yet are frustrated by the fact that it is usually siloed off. “A lot of big data projects in all industries fail, not because the data visualisation and graphics don’t work but because of data integration issues.” With proper integration then, Scholes argues that the torrent of data becomes a lot more manageable with staff able to access the information they need quickly and efficiently rather than having to comb through various data streams in different formats to come to a decision on patient care.

This successful integration and analysis of patient data has huge potential to change the way healthcare is practiced. As health systems collect more and more data, deep analysis becomes significantly more valuable. Indeed, limited studies have shown that algorithms can be more accurate in arriving at a diagnosis for some conditions than human doctors. With that, it stands to reason that the much-discussed automation revolution that has already claimed so many jobs in the global economy could soon come to the highest levels of healthcare.

Asked about this change, Scholes is keen to point out that rather than threatening the role of the doctor, it can be seen as empowering. “There’s a lot of talk about AI in healthcare and just push a button and a diagnosis pops out, we are a long way away from that.” However, Scholes does see a change in terms of “personalised care and personalised medicine” he says, raising the possibility that doctors could use these technologies to better tailor their care to individual patients based on analysis of many more cases than they could otherwise consider. More than that however, Scholes explains that he sees it enhancing the doctor-patient relationship in that such systems will allow doctors to take a much broader view of their patient’s health, not having to ask them about any medications they use or pre-existing conditions meaning they can spend their time with the patient more efficiently, discussing the patient’s ailments within the proper context from the start. “They are still the experts, people want to talk to a doctor, not to a robot.” These systems, he says, are much more about giving physicians and hospital the tools to provide the best possible care in the most efficient way possible.

While big data and the internet of things may not pose a threat to the role of the doctor in the short or medium term, they do give rise to the threat of cyber-security breaches of patient records and their data. Indeed, there is a growing market for patient records as reported in Arab Health Magazine in January. There is, says Scholes, a happy medium that needs to be struck between protecting a patient’s data and allowing them to access it and share it. Indeed, in order for healthcare providers to use their data to develop new treatments, that data, he explains, needs to be shared. However, anonymising it can go a long way to protecting individuals from data theft in such a setting. “There has to be a balance between getting the best possible care and privacy.” In the case of developing new drugs for example, Scholes stresses the fact that without patient data, better treatments cannot be developed. “One thing follows the other.”

The power of connected devices and analytics is already well known in other industries, with the technologies having driven dramatic changes in fields from retail to manufacturing. Those benefits are perhaps only just being tapped into in healthcare but Scholes and his team are confident that once providers fully adopt these new technologies, the improvements they bring will be real and long-lasting. Indeed, Hitachi has a great deal of experience in other sectors to draw from, he says, something that positions them well for the future. As the world becomes more connected and consumers more informed, they demand the same level of service in healthcare that they do from their consumer devices and services. It is perhaps this, even more so than the frustrations of physicians or the needs of managers that will drive this shift, especially in Middle Eastern markets such as the UAE where competition between providers is cutthroat.