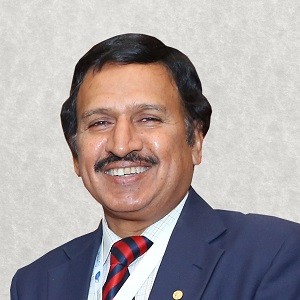 Dr Khan is working as Professor and Consultant Chest Physician at the section of Pulmonology and Critical Care Medicine, Aga Khan University Karachi, Pakistan. He is also serving as the Chair of the National Alliance for Tobacco Control. Prof Khan graduated from Dow Medical College, Karachi Pakistan and received his postgraduate training at Cardiff, Birmingham and Darby in United Kingdom. He is one of the key anti- tobacco advocates in Pakistan, who helped bring anti-Tobacco laws in the country.

In 2007 Dr Khan received a certificate of appreciation from United Nation Environmental Program for his contributions to the award of Nobel Peace Prize to Intergovernmental Panel on Climate Change (IPCC). In 2009 World Health Organization awarded him a “WHO medal “for his anti-tobacco efforts in the country.  As a pulmonologist he has delivered over 500 lectures at various National and International conferences. He also has over 120 publications to his credit in the field of Medicine, mainly Pulmonology. His areas of interest in Pulmonology are smoking cessation, Tuberculosis and COPD. Dr Khan has also received “outstanding teachers’ award from the Aga Khan University on several occasions.